Its a week later and we are going to the Vulture City Gold Mine. This time it’s nice and warm weather with clear sunny skies. Woot!

Once we arrived, the gate was open and the Vulture Mine adventure began. There is a self-guided tour that costs $7 per adult. The store sells all kinds of rocks and gemstones. After we gazed at all the cool rocks and stuff in the store we headed out on the tour.

The tour circles around various parts of the old mining operation. We started out and headed into a decrepit two-story house that looks like it about to fall apart, but its was still standing strong. 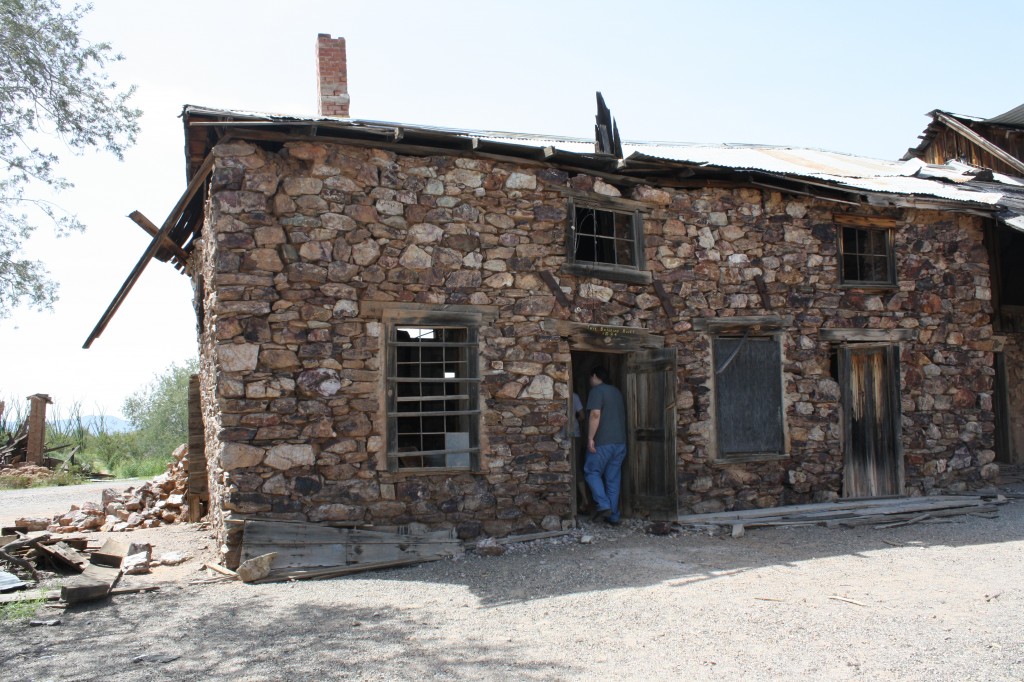 Lots of old stuff to see. 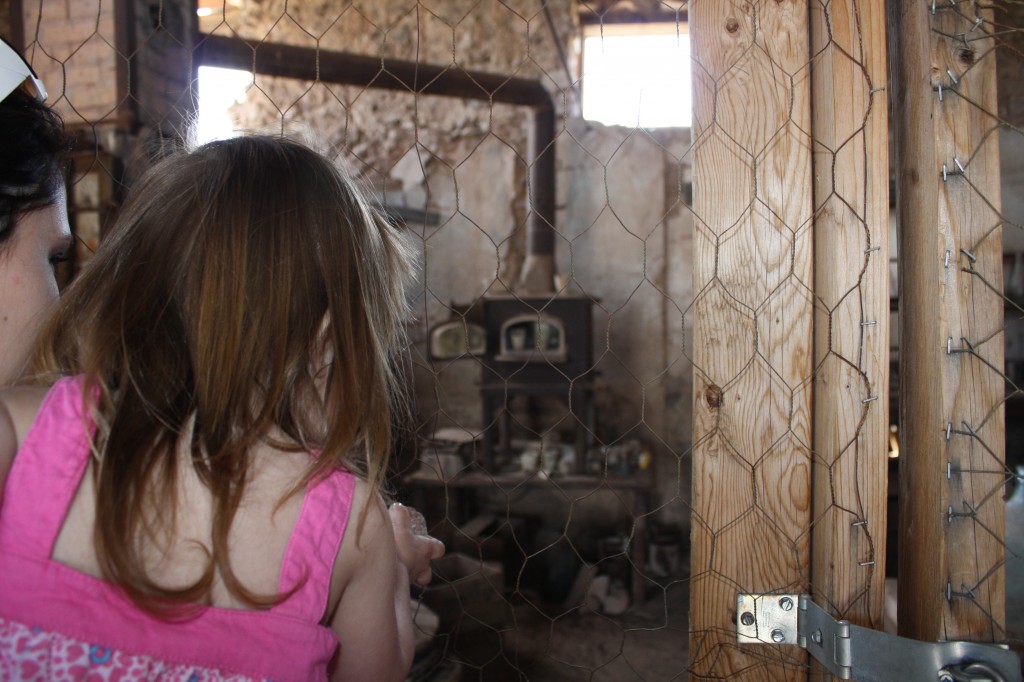 Looks like they had a laboratory in this house. 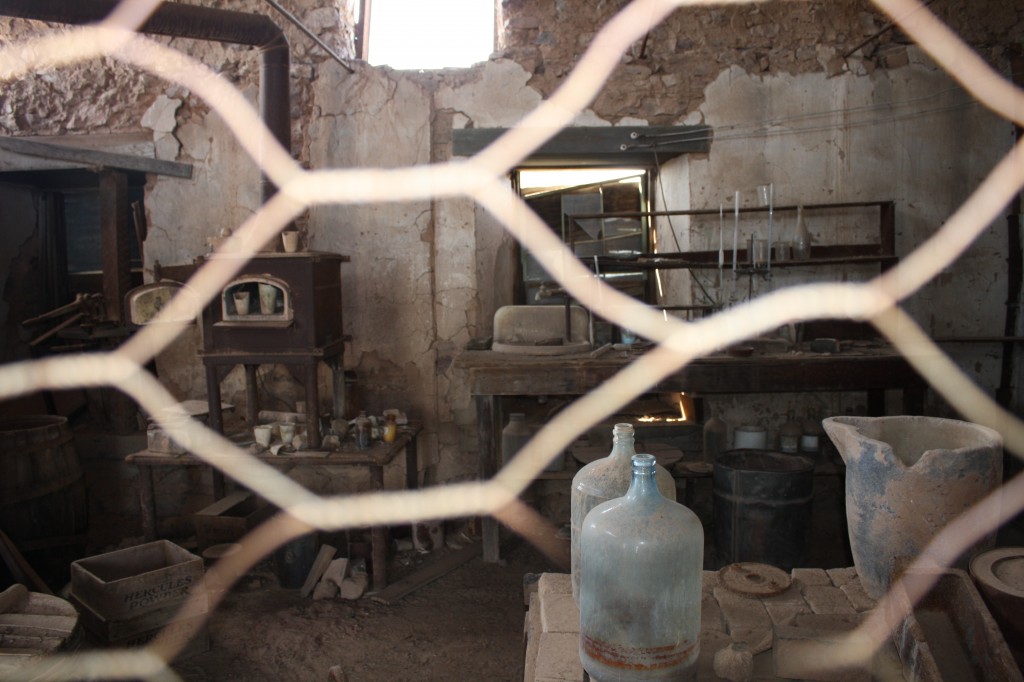 We also found a vault in the floor where they used to store gold bullion for safe keeping.

There is also the machine shop and power plant. You can get an idea of what life was like long ago when people struggled to get that yellow gold from the ground. There is still lots of gold left, but nowadays its said to be too expensive to justify the costs of digging it out.

There are a total of 12 patented claims that consists of about 240 acres of land. Its all for sale at 6.5 million dollars cash. (no joke). They also have several thousand acres of adjacent unpatented claims for sale.

Later, we walked next to a mine shaft in the ground where its told that some miners lost their life when it collapsed in on them. There is also a tree where some folks were hanged for theft or high-grading. 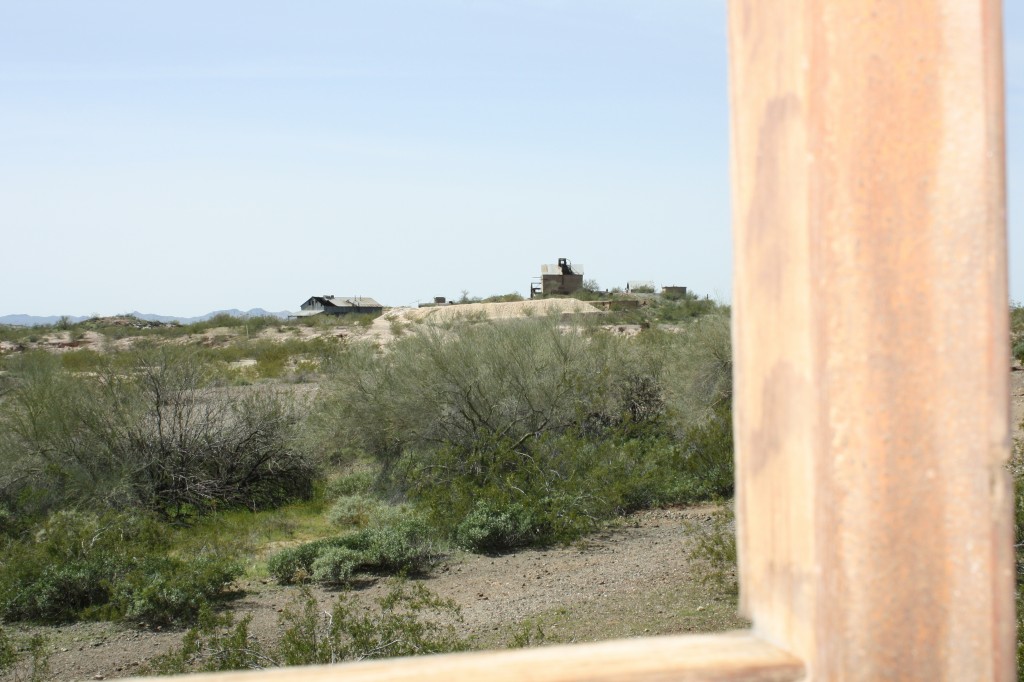 It was a good trip. We had fun and got to see a part of awesome history.

Later on we went out to Stanton for a tour of some land and got to see a mine shaft.

We ended the trip by doing some 4x4ing the Hassayampa River before heading back home.