Today we headed out to a gulch where we sampled areas along the bedrock cracks, under huge round boulders and down along the inside turns of a stream. We were surprised to see water because of how many other areas nearby have dwindled this part of the year. This particular gulch has very tall and steep mountainous sides and there are huge boulders and rounded bedrock. The ground consists of a thick sand that you can get stuck if you don’t have mud tires.

This place obviously gets a lot of flood water which means if there were gold in the bottom it could easily get washed away in a flood and pulverized into flour gold by the rest of the sand it lays in.

However, there could be gold that got stuck in the cracks as it fell down from the top of the mountain after a rain. But being that the sides are so steep, the gold could get washed down and fall out into the flood wash and out into the open.

We started out with a metal detector and found a lot of trash. Even found an old iron chisel spike that was used long ago to break apart rock.  It was very rusty, but surprisingly in good enough condition to be used again. 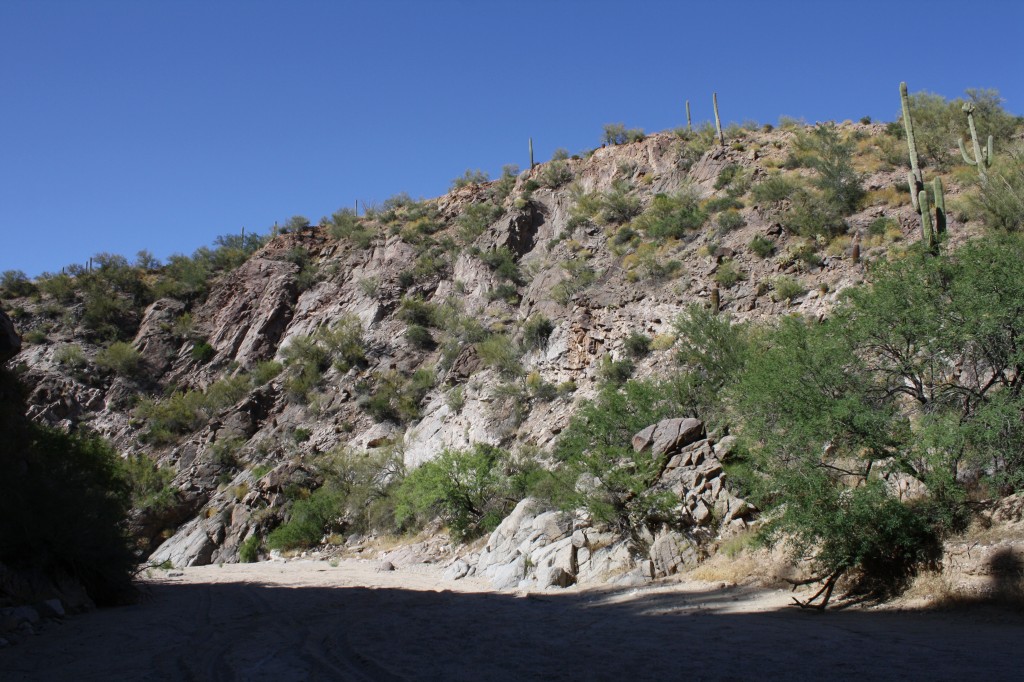 After prospecting this area we decided to head home and call it a day.